TAIPEI, Taiwan - Heading into their game against Gilas Pilipinas on Friday, Chinese Taipei head coach Charlie Parker is confident of his squad's chances.

Despite the new players and home court advantage, though, Parker is concerned with the firepower Gilas might get from their perimeter guys in their rematch in the third window of the FIBA World Cup Asian qualifiers.

"We know that their perimeter players are their leading scorers. They can penetrate and shoot, between (Matthew) Wright, Terrence (Romeo) and (Jayson) Castro," Parker told ESPN5.

Castro is averaging 16.0 points, 3.7 rebounds and 4.3 assists in the tournament. Wright is norming just 8.0 points, but is shooting from the three-point area at a high clip of 42 percent.

In the 90-83 win against Chinese Taipei in the first window, Castro topscored with 20 points, on top of four rebounds and four assists, while Wright added 11, anchored on three triples.

Romeo, meanwhile, didn't play in the first two windows, but Parker is aware of how lethal the TNT guard can be on the offensive end.

"Those are great players. I'm surprised one of those three hasn't played in the NBA. I think all three have that ability. Time may have passed them now, but they're NBA quality," said Parker.

"I've coached in the NBA for 14 years, so I know what the quality of NBA players look like. And they match that characteristic." 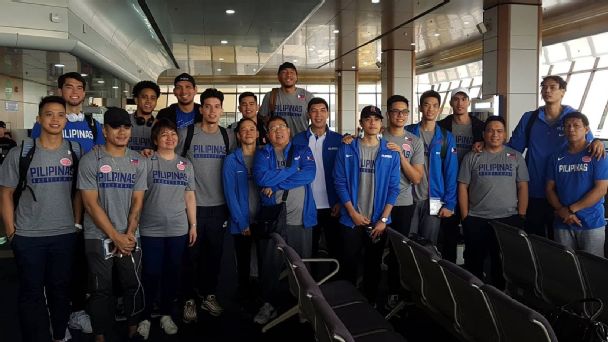 Parker is aware his team will have their hands full not only with Castro, Romeo, and Wright but also with the Gilas frontline.

"Their big guys can score inside. Last game (June Mar Fajardo) had 17 points against us, he hurt us inside. (Andray) Blatche obviously is an NBA player and he's capable of having big nights. Everybody is so good there," he said.

"We have respect for them but hopefully our guys can step up and meet the challenge."

Chinese Taipei plays Gilas at the Taipei Heping Basketball Gymnasium on Friday at 7 p.m. The game will be shown live on ESPN5 and ESPN5.com