As far as former Philippine senator and basketball star Freddie Webb is concerned, what made Robert "Sonny" Jaworski a basketball icon was his hardcourt leadership.

"Not that I'm trying to correct Atoy Co na wala daw (signature move) si Jaworski. He has a specialty, and that is his leadership," Webb told An Eternity of Basketball on Tuesday.

Co, himself a legend in the PBA and a key nemesis of Jaworski during the Crispa-Toyota rivalry of the 1970s, told An Eternity of Basketball last May that Jaworski was an "ordinary" player with no "trademark move" and that the former Ginebra playing-coach only developed his shooting in the latter part of his career.

Still, Webb holds Jaworski in high esteem. They were part of the Philippine men's basketball team that won the gold medal in the 1967 Asian Basketball Confederation (FIBA Asia today) in Seoul, South Korea. They played one last time together on the national team that settled for a silver medal in the 1971 ABC edition in Tokyo, Japan.

Both basketball luminaries were also teammates on the legendary squad Yco Painters that won the MICAA crown in 1967. But for a big part of Webb's basketball career, he and Jaworski were hardcourt rivals when the latter eventually transferred to the Meralco Kilowatts and later, Toyota Comets in the MICAA from 1968 through 1975.

The 77-year-old Webb though shared that every time he faced Jaworski in a game, he had to ice his hands due to the latter's signature "karate chop" move.

For PBA fans, there's nothing like nostalgia. A handful of ESPN5.com writers present interesting and timeless pieces, tackling a wide range of unique topics.

Webb played against Jaworski for three more seasons in the PBA from 1976 to 1978 with Tanduay before entering coaching, starting with Yco in the 1979 MICAA season.

At the height of their basketball popularity, Webb and Jaworski also co-starred in the comedy film "Fastbreak" in 1971, where they played a pair of snatchers.

In 2014, the Filipino cage legends were handpicked by the PBA to be part of a selection committee that was tasked to name the league's 40 greatest players in time for its 40th season. The committee had to select 15 more players to join the original 25 greatest named in 2000. Needless to say, Webb wasn't pleased with the final choices.

"If I could have walked out of that room, I would have," Webb revealed, adding he said he wasn't happy with the selection process, which called for the addition of the 10 players who had won at least one MVP from 2000 to 2013 plus five other players. "I was fighting that one of the players should not be included. But they still went with it." Webb declined to identify the player.

Webb's playing career ended after the 1978 PBA season. He started coaching the following year, and he admitted he was initially thrilled by the career move after steering the Yco Painters to twin 1979 championships in the MICAA and National Open.

But reality started to bite by the time he took the challenge of PBA coaching starting in the 1981 season, when he succeeded Tito Eduque as Yco-Tanduay's new coach.

Webb's winning magic from Yco, however, didn't carry over with Tanduay as the team finished the Open Conference with a woeful 1-17 record. He said coaching gave him sleepless nights as he tried to find ways to right the ship.

"The worst decision I ever made was becoming a coach. It is a thankless job," Webb admitted. "It's not a joke. At times I wake up in the middle of the night, nagigising ako, tapos sabihin ko sa sarili ko paano ako natalo niyan. Wala pang board nun eh. Ano lang, papel at lapis para mabubura mo. Mag-iisip na naman ako ng play," he recalled. 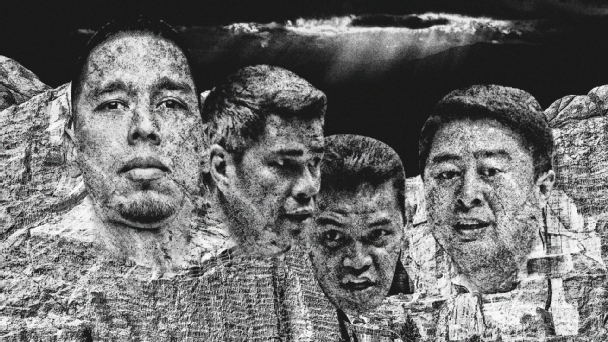 ESPN5's Mount Rushmore series takes a look at the history of the six oldest PBA franchises (San Miguel, Ginebra, Magnolia, Alaska, TNT, and Rain or Shine) and names four players who have achieved the most from each.

"Sometimes, I'd have so many headaches I have to drink Tylenol, aspirin. Sabi ko nga sa sarili ko, sa dami ng ininom ko na medicine, I should have ended up owning a drug store," he said in jest.

In Webb's nearly three-season stint as Tanduay coach, the team reached the semifinals twice, in the 1981 Reinforced All-Filipino and 1983 Reinforced Filipino Conference, but could never go all the way.

Webb said the complexity and challenge of coaching had a lot to do with how the players respond in the game.

"Basketball is a team sport. But remember, it's also an individual sport. And you give them the judgment calls, the free flow of being able to decide how you're going to play the game on a particular moment," he added.

In 1985, Shell made its PBA debut after taking the over the Crispa franchise. Then known as the Bugbusters, the new PBA franchise tapped Webb as its head coach in its first season.

Webb compiled a 16-32 win-loss coaching record in his only year with Shell, steering the squad to a runner-up finish in the All-Filipino behind defending champion Great Taste Coffee.