All-Time #NBArank has cracked the top 10 -- the cream of the crop.

To create All-Time #NBArank, we put together a ballot with the 150 greatest players ever. Then our ESPN expert panel voted on thousands of head-to-head matchups, with voting based on both peak performance and career value. The result is our all-time NBA Top 100, which concludes Wednesday.

Did you know?
Chamberlain had 118 50-point games, 87 more than any other player. He scored at least 60 points 32 times; all other players in NBA history have combined to do that 28 times. He also had a streak of 186 straight games in which he pulled down 15 rebounds and is the only player to ever lead the NBA in rebounds and assists. -- ESPN Stats & Info

It would be like belting a home run in every game, surpassing 200 yards rushing for 16 straight weeks, knocking out each opponent faced in the first round.

That's how many points Wilt Chamberlain averaged in his third NBA season.

Imagine someone doing that in the NBA today, especially so early in his career. He might immediately be declared the GOAT, championship or not.

We counted down the greatest players in NBA history. ALL-TIME #NBARANK

And it's not only the points.

Wilt averaged 27 or more rebounds in two seasons and 22.9 for his career. Over the course of his 14-year career he averaged 45.8 minutes per game, including -- thanks to a few overtime contests -- 48.5 MPG in that awe-inspiring third season.

His name is so predominant in the NBA record book that it could justifiably be called "The Biography of Wilt Chamberlain.'' His stats are so incomparable, so unfathomable. In his world, today's most remarkable performances were so-so games.

To be honest, Wilt was probably too good.

He had so much power, so much athleticism, so much versatility at his disposal that he didn't always know how to best utilize it all. When you can put the ball in the basket so easily and so often, why share it? Why score only half or two-thirds the amount of points you're capable of scoring?

So the most dominant athlete in American sports history -- more so than Babe Ruth, more so than Jim Brown -- won only two championships.

It's telling that in those two title-taking seasons, Wilt scored mere fractions of what he did in his best individual seasons. When he won his first championship in 1967, he averaged only 24.1 points, the lowest average of his then eight-year career -- by more than nine points. When he won his final ring, in 1972, he posted only 14.8 points a game. But he led the league in rebounds and field goal percentage in each of those seasons, and both of those teams are considered among the greatest in NBA history.

Could he have sacrificed individual numbers for championship trophies? Probably. Could he have forfeited a little personal triumph for team success? Of course.

Then again, lots of players have championships.

But only one averaged 50. 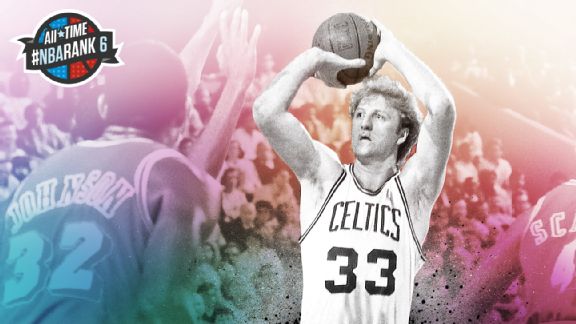