UFC 266 will see Brian Ortega make his second attempt at becoming a UFC champion. And anyone who saw the first attempt knows that the fact he's back in this position is no small feat.

Ortega (15-1) will challenge Alexander Volkanovski (22-1) for the featherweight crown on Saturday in Las Vegas, almost three years after he came up short against then-champ Max Holloway at UFC 231 in December 2018. Ortega was undefeated going into that fight against Holloway but was brutalized in a fourth-round finish. He absorbed 290 total strikes.

It was the kind of loss that can cast doubt on the rest of a fighter's career, frankly. The physical and psychological toll of that night was something to keep an eye on with Ortega. Would he recover from that severe of a loss? And if he did, would he be able to make up the ground he was obviously lacking against Holloway from a technical aspect?

Two title fights and the return of an MMA icon highlight UFC 266 on Saturday. Alexander Volkanovski defends his featherweight title against Brian Ortega in the main event, while Valentina Shevchenko puts her flyweight title on the line against Lauren Murphy. In a rematch 17 years in the making, Nick Diaz fights Robbie Lawler.

That is the question to be answered in this weekend's main event, one of two title fights on the UFC 266 card. In the co-main event, Valentina Shevchenko (21-3) defends her flyweight title against Lauren Murphy (15-4). And there's also another high-profile fight on the main card: Nick Diaz vs. Robbie Lawler, a rematch of a bout from 17 years ago. It's also Diaz's first fight in over six years.

As for the featherweight main event, Ortega has given us every reason to believe his second UFC title fight will look much different from the first. And if and when he ever fights Holloway again, that might look different, too.

After suffering that loss, Ortega completely changed his team. He parted ways with his longtime head coach, who had been training him primarily out of his garage. Ortega linked up with new coaches, strength and conditioning specialists and sparring partners, including names like TJ Dillashaw and Cub Swanson.

Meanwhile, Volkanovski, of Australia, has cemented himself at the top of the division by beating Holloway via decision twice. There are some in the sport who felt Holloway was robbed on judges' scorecards in one or both of those fights, but at the end of the day, the results are the results. After 10 rounds with Holloway, the belt is around Volkanovski's waist.

Volkanovski is considered one of the most consistent, reliable, well-prepared athletes in the sport. If there are still any cracks in Ortega's revamped game, Volkanovski is the kind of fighter to find them. Ortega has fought only once since changing everything, but the result was eye-opening. He dominated Chan Sung Jung over the course of five rounds last October.

The backdrop for this title fight really couldn't be any better. Volkanovski has to be considered the best featherweight on the planet, in my opinion. He has earned that. But Ortega is such a mystery going in. If the guy could make it to a UFC title fight while training out of a garage, how good could he be with the professional environment he has now?

Volkanovski has won his past 19 MMA bouts, a run of success going all the way back to May 2013. That's the longest active unbeaten streak among fighters currently on the UFC roster, ahead of former light heavyweight champion Jon Jones and current welterweight champion Kamaru Usman, both at 18 in a row. Volkanovski takes on Ortega, who is coming off an eye-opening performance last fall in which he landed 127 significant strikes against Jung, the most of his UFC career.

Numbers that could make a difference: 64 vs. 67

"The interesting part about this fight is Ortega is going to have the length and the range, and Ortega is superior in his grappling and jiu-jitsu," said Marc Montoya, Factory X coach. "If you're Volkanovski, you can't hang out in long range because of the disadvantage. He has shorter limbs, so he has to sit in that hook, uppercut, elbow, knee range all night. He'll be faster there. But the danger of sitting in that middle range is if Ortega snatches the front head lock and gets your neck, you've got major problems."

Check out how Montoya and other experts break down the main event and predict a winner.

Shevchenko will be making her sixth defense of the title she has held since December 2018. She is the second-longest-reigning UFC champ, behind Amanda Nunes, who won her bantamweight belt in July 2016 (and added the featherweight strap just three weeks after Shevchenko became champ). Shevchenko will be seeking to break a tie (with Nunes and Joanna Jedrzejczyk) for second-most title defenses among women and enter a tie with Ronda Rousey for the top spot. Murphy's best shot: her 63.5% significant strike defense, fifth highest in women's flyweight history -- because Shevchenko throws kicks and punches with abandon. 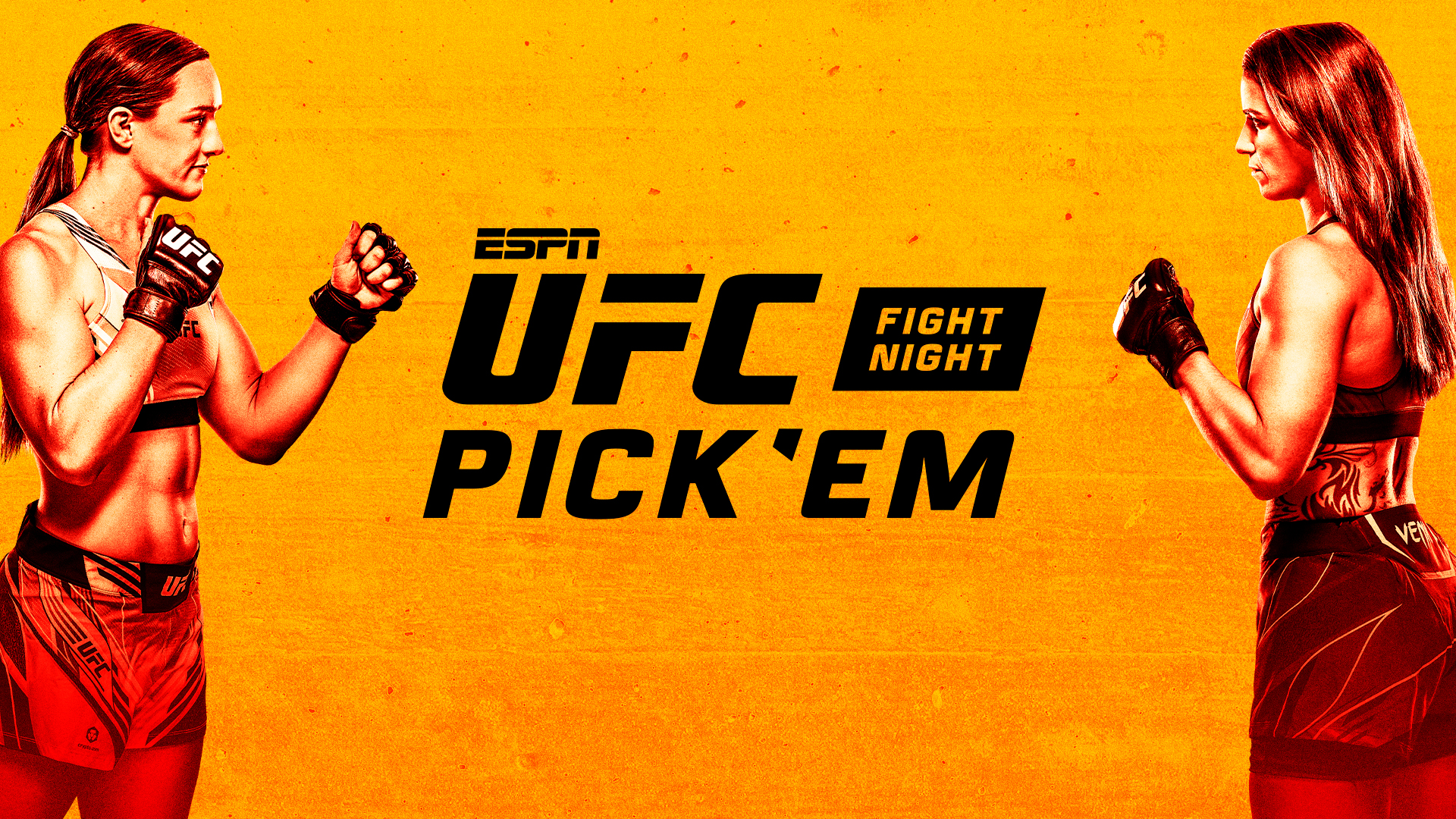 Play for a chance to win a streaming of UFC 268 for FREE! Make Your Picks

The betting odds favor Shevchenko in a big way. That's not a surprise, considering that she has reigned since 2018 and ranks first in women's flyweight history in significant strike accuracy (56.4%) and takedown accuracy (71.4%), is tied for first in wins (seven) and is second in significant strike defense (68%). As for Murphy, if she were to win as a +850 underdog, it would be the biggest upset in a UFC title fight since Holly Holm (+870) knocked out Rousey in 2015.

The long-awaited return ... and rematch:
Nick Diaz vs. Robbie Lawler

Diaz and Lawler first met in 2004, when Diaz was 20 years old and Lawler 22. Diaz, known at the time for his jiu-jitsu, went toe-to-toe with the slugger, and early in the second round he dropped Lawler with a counter right hand for a stunning KO. Now, 6,385 days later, Diaz and Lawler will meet again as both close in on age 40 -- and with Diaz having not competed at all in over six years. This will break the UFC record for longest time between meetings for a pair of fighters.

This bout is being contested at middleweight, but both men have made their mark as welterweights. Diaz has landed 1,536 total strikes at 170 pounds, the sixth most in division history. Lawler's six knockouts are tied for the fifth most in UFC welterweight history.

"If Nick Diaz is the same Nick Diaz we know, he's going to put a ton of volume on you, but at times, be hittable. And that's a problem against a guy like Lawler," said James Krause, coach (and active fighter) at Glory MMA. "The thing about the Diaz brothers is they don't go away and they hit deceivingly hard. Anybody I've ever talked to about Nick, they say he hits so hard. And I'm like, 'Dude, it doesn't look like he hits hard at all.' But he's knocking people out and I think it's just the barrage of punches, the body work, breaking you down over time and then he gets the kill. He could be a real problem for Robbie, but if Robbie hits you, you've got big problems."

Check out how Krause and other experts break down the fight and predict a winner.

How to watch the fights

Watch the PPV and all other fights on ESPN+. Get ESPN+ here.

Purchased the fight on your phone and want to stream on your TV? Find out how here.

A couple more things to know (from ESPN Stats & Information)

1. Curtis Blaydes and Jairzinho Rozenstruik meet in a faceoff of highly ranked fighters both coming off losses. Blaydes, No. 5 in the ESPN heavyweight rankings, holds the UFC record for takedowns with 59 and has won four of his past five fights but last was seen being knocked out by Derrick Lewis in February. Seventh-ranked Rozenstruik has used his 80% takedown defense -- third highest in UFC heavyweight history -- to produce 11 knockouts among his 12 career wins.

2. Former strawweight champion Jessica Andrade is coming off an unsuccessful bid to win the flyweight title -- she was knocked out by Shevchenko in April. The Brazilian, No. 5 in the ESPN 125-pound rankings, begins what she hopes is another title run by facing ninth-ranked Cynthia Calvillo, who saw her four-fight winning streak snapped in her last fight (UD by Katlyn Chookagian in November).